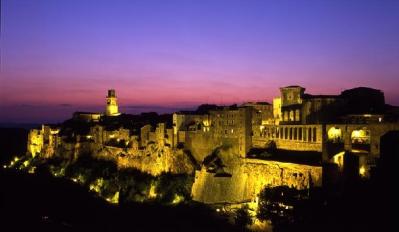 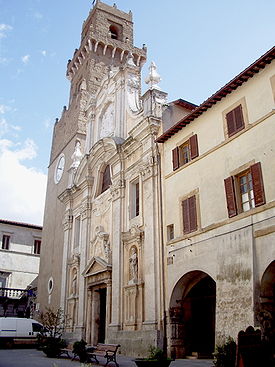 - Stay in the center near the mainsights 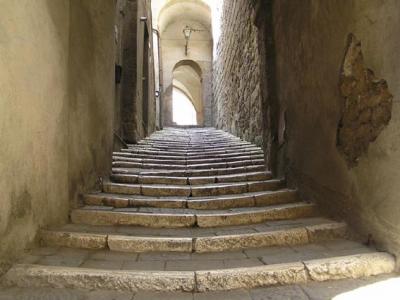 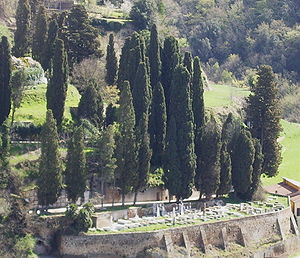 - The Jewish Cemetery of Pitigliano, Tuscany 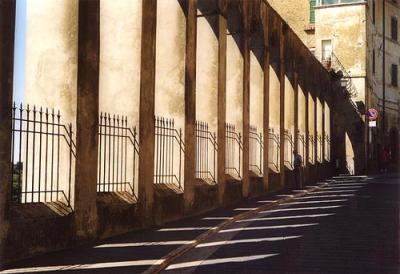 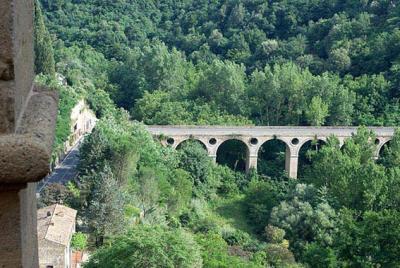 - Travel to Tuscany in Italy, Where to stay 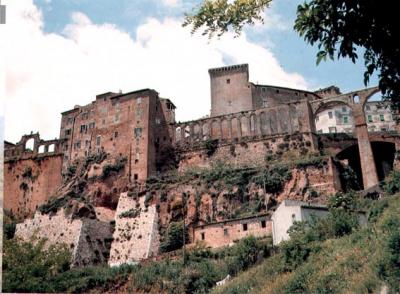 - Find Hotels and Agritoursims near Pitigliano in Tuscany 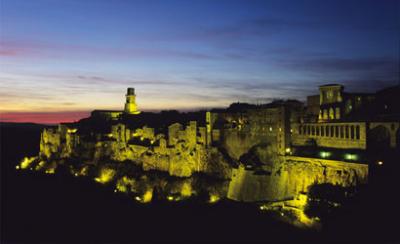 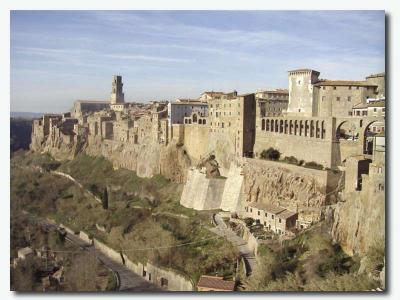 - Get the best Hotel Deal in Tuscany 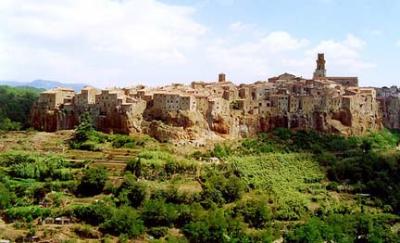 - The Lowest Price for your holiday, Italy 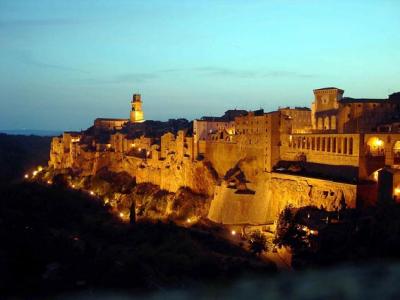 - Hotels; Get the Best Offer in Italy 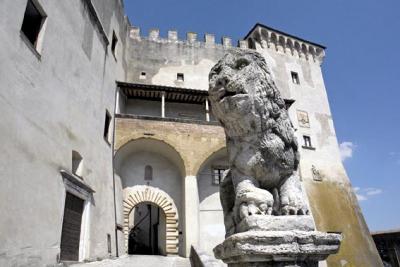 - Hotels and B&B in the center, Low Prices 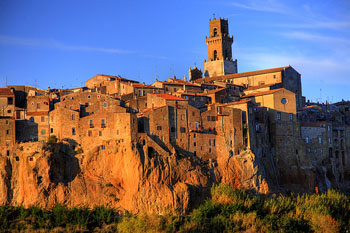 - Agritourisms near the City of Pitigliano, Tuscany

- Hotels with Spa and Wellness-center in Tuscany 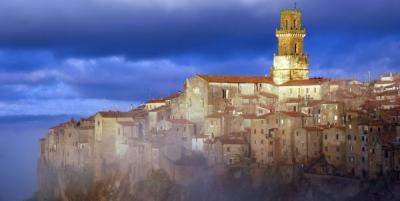 - Holiday houses and Apartments for rent in Tuscany 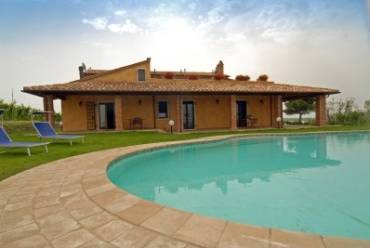 - Wellness holiday in Maremma of Tuscany

Do you want to come on holiday to Pitigliano,  Tuscany region, Italy?

With our service "Get The Best Offer" with a single click you can contact dozens of tourist facilities hotel, B & Bs, spas, Hostels, wellness-centers, residences near Pitigliano.

So if you are looking for a hotel to stay in the Pitigliano area in the province of Grosseto, for a summer vacation or a last minute trip or a wellness-holiday in one of the most beautiful and fascinating locations and in Italy...

Pitigliano, a comune of province of Grosseto in the Maremma area of Tuscany. A perfectly preserved old town perched high on a ledge overlooking two rivers. It has several stores, caffes and restaurants. Explore the whole town and then walk down the steps by the main gate to get to the path that goes around the bottom of the town. The historic center of this town is coming back to life - mostly for holiday homes, but there are still some locals living here full time. As in most Tuscan hill towns, most locals live in the modern outskirts.

The town is situated on a steep tuff rock, 313 metres above sea-level. The area of Pitigliano and far to the south of Rome is characterised by tuff stone, a hardened type of volcanic magma. The typical Tuscan landscape with small farm houses on soft hills is rarely found here. South Tuscany is wild and many sided, similar to neighbouring Latio, the area around Rome. Small creeks have cut steep valleys into the landscape and there is a lot of woodland. Not far from Pitigliano is Lake Bolsena, a huge water-filled crater and the largest Italian lake. From Siena you can see Mount Amiata, an isolated volcano 1738 metres high, and a favourite skiing area in winter. Near the coast are extended flat zones, which were notorious for malaria contamination up to the 1930's. This was the area that was home for famous bandits like Domenico Tiburzi. Nowadays the Maremma coast 50 kilometres from Pitigliano has beautiful beaches that are hardly developed.

Southern Tuscany was once one of the most important centres of the Etruscans. There are numerous cave-tombs of that period around Pitigliano, caves cut deep into the tuff, that are today used as cellars and sheds. Later Pitigliano became Roman. There's hardly anything left from this period. But under the town houses are cellars in use which have lots of little niches, in which 2000 years ago the urns of the dead used to stand.

In mediaeval times, from the 9 th century on, the Langobard family Aldobrandesci ruled the region of Pitigliano. After 1312 the Orsini family took over and from 1604 the Medici's.

Of further interest is the Jewish history of Pitigliano. For a long time there was an extraordinary large Jewish community, that influenced the cultural life of the town together with the gentile population and infact Pitigliano often is referred to as Little Gerusalem

Pitigliano is home to a series of artificial cuts into the tufa rock to varying depths ranging from less than one meter to over 10 meters. At the bottom of these cuts (Italian: tagliate) are carved channels, apparently for water, although some take the form of steps. The purpose of the cuts is not known: the three main theories are that they were roads, quarries, or water conveyance schemes; they radiate outward from the base of the butte of Pitigliano, down to the rivers then back to the top of the plateau that surrounds the town. A few very brief Etruscan inscriptions are said to have been found on the walls of the cuts, but are ill documented.

Many Etruscan tombs have come to light throughout the centuries as a testimony to the ancient human settlement of Pitigliano.
The political connections of Pitigliano were linked to nearby Sovana, seat of the Aldobrandeschi family from the 8th century A.D. Through the years, Pitigliano's military importance grew as a result of of its strategic position, while that of Sovano declined and finally Pitigliano rose to fame because of the marriage of Anastasia, last of the Aldobrandeschi line in Maremma, to Romano Orsini, part of the Giovanni Gaetano Orsini family, in fact, that of Pope Niccolò III.

An area of extraordinary interest not only for the richness of the historical and archaeological patrimony, but also for its environmental values, it deserves a longer visit so that one can see the town as well as the fascinating surroundings, characterised by the typical tufaceous countryside. A unique view of rare beauty can be enjoyed from the Church of the Madonna delle Grazie. The town looms on the tuff spur, with its characteristic houses built on the edge of the sheer cliff, forming a kind of bastion to great effect. Very rich in archaeological terms, the area of Pitigliano has conserved very important evidence of the Etruscan culture, among which the famous necropoles excavated entirely in the tuff and immersed in the typical vegetation of the mediterranean maquis, still uncontaminated. The trekking itineraries are particularly interesting through the so-called "vie cave", mysterious and fascinating roads which were excavated from the rock by the highly competent Etruscans to link urban centres and which now combine remarkable countryside and extraordinary archaeological interest. Without a doubt, the medieval village deserves a visit.

It actually was the headquarters of the powerful Orsini’s domain with the imposing aqueduct and the famous Orsini Fortress, set up in the 13th century and restored in the 16th century; not to mention the Jewish Ghetto with the beautiful synagogue, recently restored and moreover the ancient urban centre, consisting of winding alleys and unforgettable views.

Hotel, BB and Agritoursims near Pitigliano in Tuscany - Pitigliano