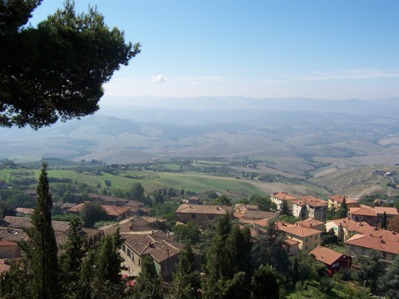 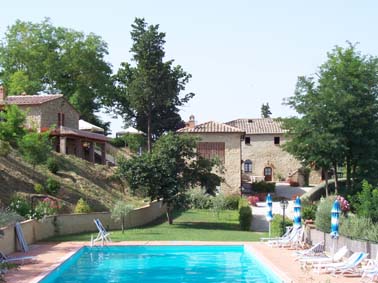 - Hotel with Swimmingpool in Tuscany, Volterra 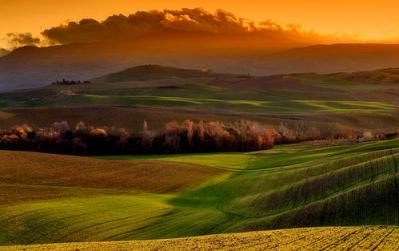 - Last Minute-Holiday in Tuscany, Where to Stay

- Bed and Breakfast in the Center 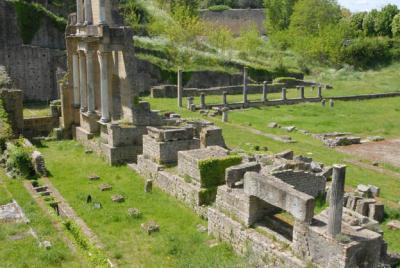 - Stay near the Mainsights of Volterra, Tuscany 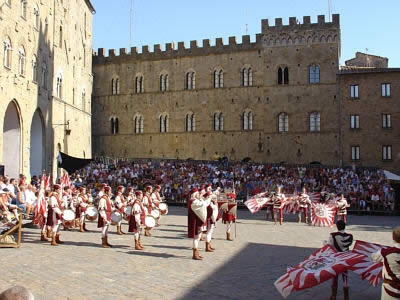 - Inexpensive Hotels in The Centre of Volterra 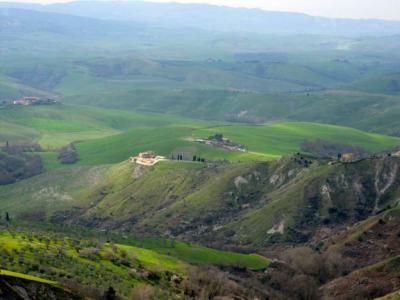 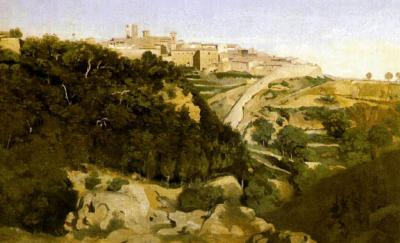 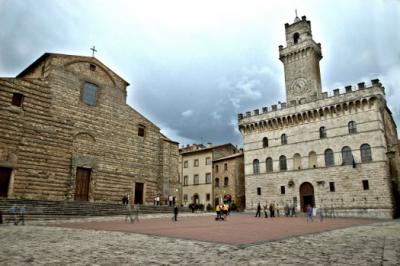 - Get The Best Price in Hotels in Volterra 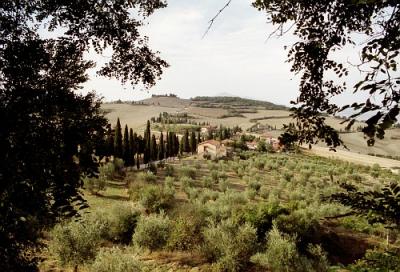 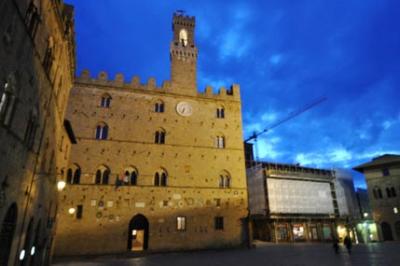 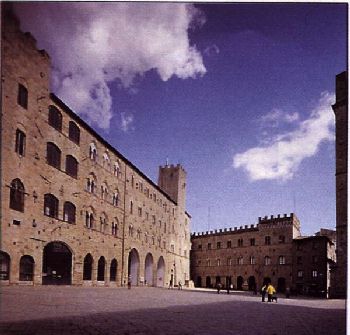 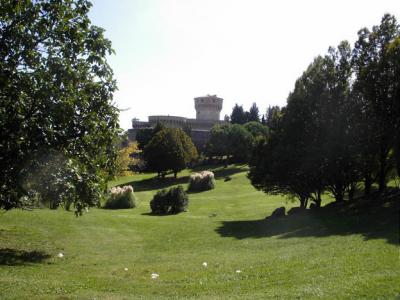 - Accommodation near the Park of the Fortress 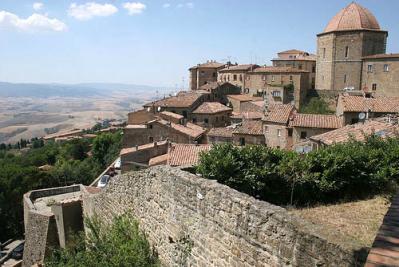 - Apartments and BB with View in Tuscany 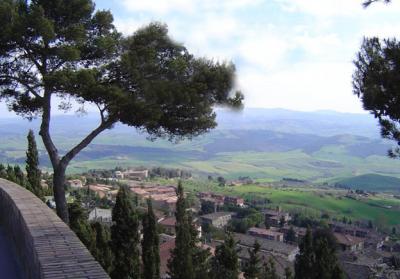 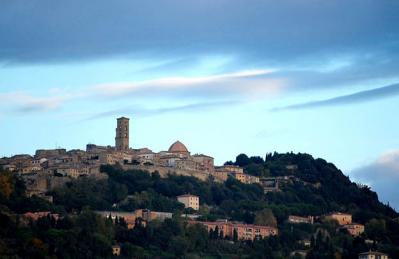 - Hotels and B&B in Italy, The Best Price 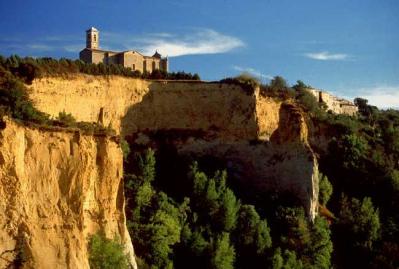 - Stay in Agritourism in the Tuscany Countryside 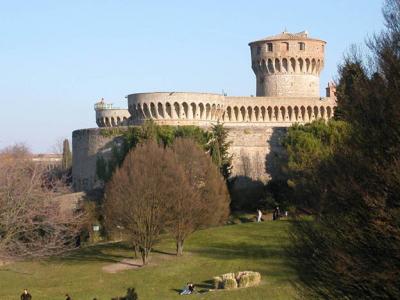 - Hotels with View of the Fortress, Volterra

Do you want to come on holiday to Volterra, in the Tuscany region, Italy?

With our service "Get The Best Offer" with a single click you can contact dozens of tourist facilities hotel, B & Bs, spas, Hostels, wellness-centers, residences near Volterra.

So if you are looking for a hotel to stay near the city of Volterra in the province of Pisa, for a summer vacation or a last minute trip or a wellness-holiday in one of the most beautiful and fascinating locations and in Italy...

Volterra really should be mentioned together with Florence, Siena, Lucca, San Gimignano and Pisa, because of its beautiful medieval and Renaissance heritage. This delightful town, with its winding network of streets and walkways, lies high in the hills providing magnificent views of the surrounding countryside. While Volterra is a popular destination for tourists, here you won’t find the crowds so often present in the beforementioned Tuscan cities and towns and by evening most of the day-trippers have left. Within Volterra’s city walls you will only find three hotels. There are, however, 25 restaurants and just as many cafés, leaving you spoilt for choice.

While there is ample evidence from the Etruscan period in Volterra, the town is not of Etruscan origin and was in fact founded earlier during the Villa Nova period (900-700 BC). For several hundred years during the Etruscan period, Volterra flourished until it became part of the Roman Empire in the 3rd century BC. The town’s many ruins are a sure testament to its Roman existence. The town continued to flourish even during the darkest medieval depopulation. All Because of its marvelous location and the wealth of all kinds of precious stones and minerals in the surrounding area.
The surrounding lands, rich in minerals, made Volterra an attractive possession for the Florentines. In 1360 Volterra fell to Florentine rule. An attempted rebellion in 1472 was brutally quelled by the famous Lorenzo il Magnifico de' Medici and the Duke of Urbino. The reason for the prompt and harsh action was Volterra’s large alum mines, which were crucial to Florence’s dye industry.

Today the town of Volterra is no more than a third of the size if was during Etruscan times. The other two thirds in the west, the area called le Balze (the slopes), have simply eroded away.

In the heart of the town is Piazza dei Priori. This square is home to Palazzo dei Priori, which is the oldest of its kind in Tuscany and was possibly also the inspiration for Florence’s Palazzo Vecchio.

The many coats of arms on the facade date from the changing Florentine governors. Opposite is Palazzo Pretorio (once called Palazzo del Capitano del Popolo), which is the result of the amalgamation of various buildings from the 13th century. Furthest to the right is Torre del Podestà, originally a fortified tower, which was converted to accommodation back at the start of the 16th century.

Just behind this you will find the Duomo in Pisan inspired Romanesque style with characteristic use of black and white marble in stripes. This was built in the 12th century and rebuilt in the 13th with the campanile from 1493. The interior was radically rebuilt in the 16th century and houses many works of art from earlier times. Notice the fake granite columns: they are really just bricks covered by plaster full of granite dust. Behind the cathedral is Battistero, the baptism chapel, also in Pisan Romanesque style from the 13th century. The chapel is, like the one in Florence, octagonal. The interior is simple and clean with only a few 16th century sculptures.

For all of those of you that wish to see some of the artworks that have adorned the cathedral throughout the ages there is the little museum, Museo Opera del Duomo (or di Arte Sacra). This is on the left of the church in Via Roma. The museum is open daily from 9:00 to 13:00 and again 15:00-18:00. It has a selection of paintings and wooden sculptures, the earliest from the 12th century.  You can get in with the same ticket as to the Etruscan museum.

It is definitely worth visiting the town’s fortress, la Rocca, which is probably one of Italy’s most splendid Renaissance fortresses. The first fortress was built in the middle of the 14th century (it is now part of the eastern Rocca Vecchia) and the second part, Rocca Nuova in the west, was built by the Florentines after they plundered the town in 1472. There are therefore two fortresses connected by a long crowned wall. Unfortunately you cannot see its wonders at closer quarters as it is now a top security prison requiring either permission from the Ministry of Justice or conviction of a serious crime to enter.
Right up against the medieval walls in the west you find San Francesco dating back to the 13th century. This church has been radically changed throughout the ages. It would be nondescript were it not for the little chapel, Capella della Croce di Giorno, to the right of the main altar. The chapel is decorated with an impressive fresco cycle from 1410 showing the apocryphal legend of the Holy Cross.

A visit to the Pinacoteca e Museo Civico on Via dei Sarti (open 9:00 to 19:00) also deserves some time. Here you will find a lovely collection of paintings and other artworks from the period 1300-1600.

To get a glimpse of Etruscan times you should walk down past the cathedral to Porta all’Arco, one of the Etruscan town gates from the time when the town was three times as large as it was in the Middle Ages. You can also look at the excavations of the ruins of a Roman theatre and the baths with mosaic floors.

Hotel, BB and Agritoursims near Volterra in Tuscany - Volterra