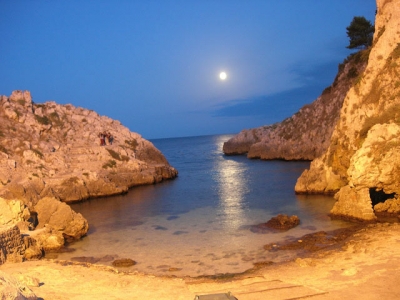 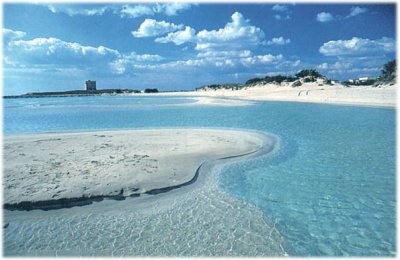 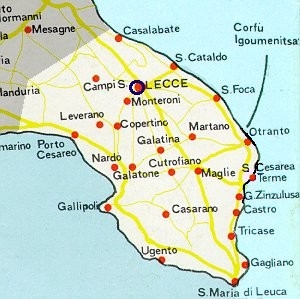 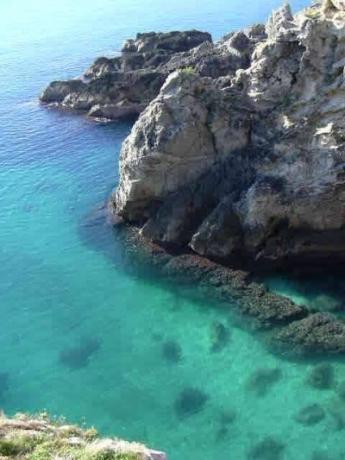 - The coast of Salento 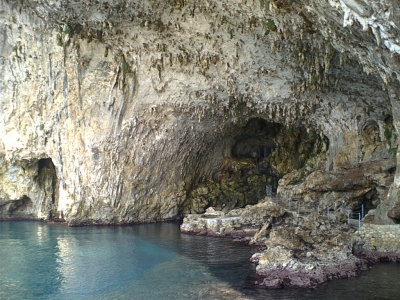 - The natural caves of salento 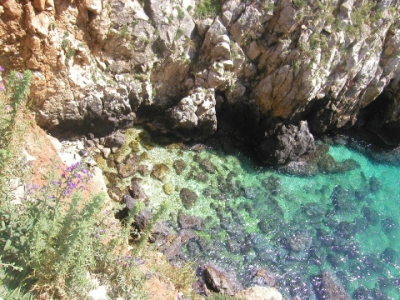 - salento in the province of Lecce 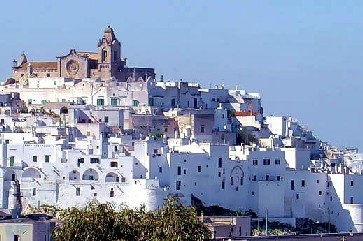 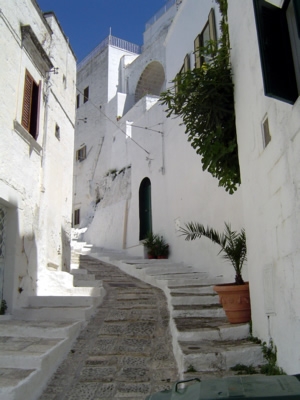 - The old town of Ostuni 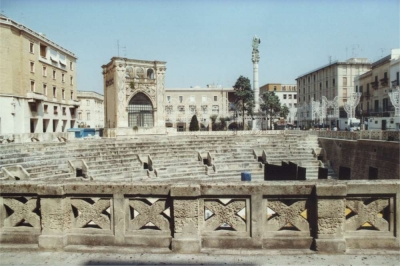 - The antic center of Lecce 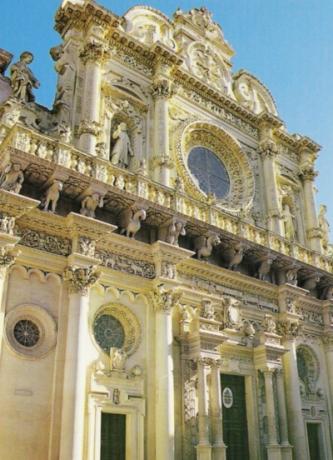 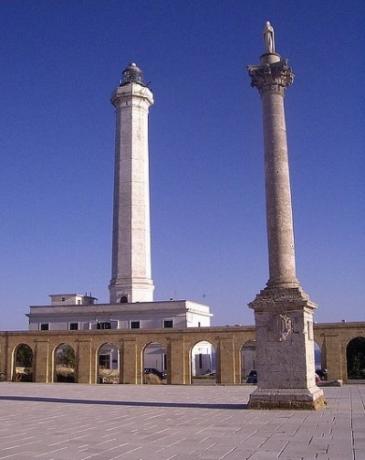 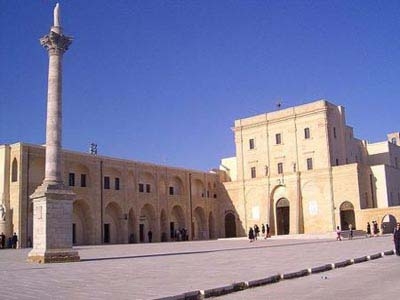 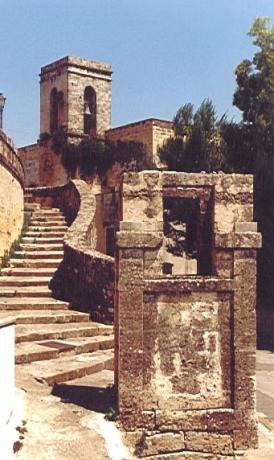 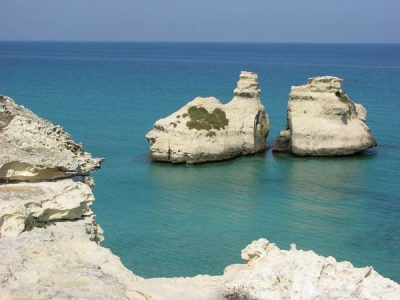 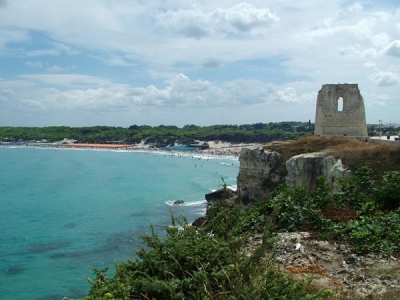 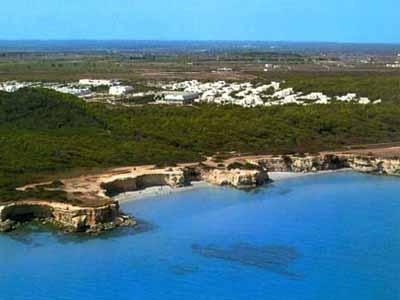 Do you want to come on Holiday to Salento, in Lecce?

With our service "Get The Best Offer" with a single click you can contact dozens of tourist facilities (hotel, B & Bs, Hostels, resorts, residences, agritourisms) in the area of Salento.

So if you are looking for a hotel to stay near Salento, Lecce for a vacation by the sea in one of the most beautiful and fascinating regions in Italy
"Fill out the form below!"
That way you send your request to all the hotels, B & B, Hostels, Inns, agritourisms with conventions, and then you can choose the best offer!

Salento, also known as the Salento peninsula and known as the heel of Italy, is a subregion of Italy that stretches across the southern part of Puglia, between the Ionian Sea to the west and the Adriatic Sea to the east.

Places of natural interest of Salento:

Salento (Salentu in local dialect) is the south-eastern extremity of the Apulia region of Italy. It is a sub-peninsula of the main Italian peninsula, sometimes described as the "heel" of the Italian "boot". It encompasses the entire administrative area of the province of Lecce, a large part of the administrative area of Brindisi and part of that of Taranto. The peninsula is also known as Terra d'Otranto, and in ancient times was called variously Messapia, Calabria, and Salentina.

Salento peninsula is a rock of limestone dividing the Adriatic Sea from the Ionian Sea. Known also as "peninsula salentina", from a geo-morphologic point of view it encompasses the land borders between Ionian sea and the Adriatic sea to the “Messapic threshold”, a depression that runs along the Taranto-Ostuni line and separates it from the Murge. Its borders are:

Karst Caves
The caves are open along the east coast, nestled in the steep cliffs leading from Santa Maria di Leuca to Punta Palasca (Otranto). These natural karst formations at the Castro, are of substantial development in the Cave Zinzulusa it is the most significant example, and inside which were found several pictograms and palaeontological findings, which together with those of nearby Grotta Romanelli are most guarded and exhibited in the museum of jerseys.

Salento, from a cultural and linguistic point of view, does not include the city of Taranto (where the Tarantino dialect is spoken), nor the rest of Taranto province to the west of the city (where Pugliese-Apulian is the dialect generally spoken), nor the rest of the province of Brindisi to north of Ostuni (where the accent is influenced by the dialect of Bari). Beside these borders, the language can be defined generally as “pugliese” (Apulian), belonging to “the southern” tipology. To the south and east, the Griko and Salentin dialect are spoken, belonging to the “extreme” southern tipology and more similar to the Sicilian or Calabrian languages.

A number of places, the coasts above all, are remarkable landscapes and environments, among them the Alimini Lakes, on the Adriatic coast, and Porto Selvaggio, on the Ionic coast.

Statal Natural Reserve of Tower Guaceto
The reserve extends for about 1,200 Marine presented a united front that is developed for 8,000 meters. The area is configured as a rectangle more or less regular, with an average depth of 3,000 meters, crossed and divided by the highway 379. A significant variety of diverse areas take place in this coastal stretch for several hundred meters inland. Inside there are small wetlands that are formed during and after the rains and disappear in warmer periods, and some springs of fresh water, they also seasonal.

Park Costa Otranto - Santa Maria di Leuca and Wood Tricase
The park is also the area where the lighthouse stands at Punta Palascia, easternmost point of Italy. The establishment of the protected area, located along the east coast of Salento (high coast overlooking the sea), aims to conserve and recover the animal and plant species, protect the values and historical and architectural heritage, increase and improve the surface ecological features of natural environments.

The soil is very fertile: some of the finest olive trees and grapes grow here, and their products are exported worldwide.

Salento's coasts are varied, and can be sandy or rocky, but all boast pristine beaches and crystal-clear waters. Some of the most renowned locations in Salento for summer holidays (from May/June to September) are: Ostuni, Oria, Ugento, Manduria, Porto Cesareo, Gallipoli, Torre dell'Orso, Otranto, Santa Maria di Leuca, Lizzano, Pulsano,Santa Cesarea Terme.

Salento is a peaceful land full of history and traditions whose strong points are its natural and architectural beauties, hospitality, atmosphere, and of course sea and its coast.

Places of architectural interest of Salento:

Medieval fortifications and watchtowers
There are numerous coastal lookout towers built since the fifteenth century along the coasts, with the aim of spotting and defend themselves in time from the Saracen enemy fleets from the East. Numerous castles and farms that stand out for the territory, in towns and cities.

Hotels, B&B and Holiday-Residences in the Salento Area - Salento