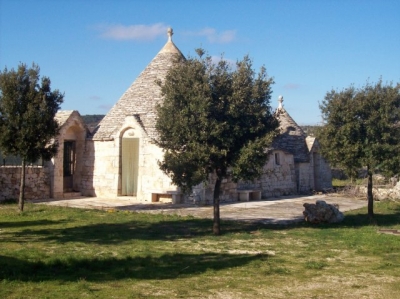 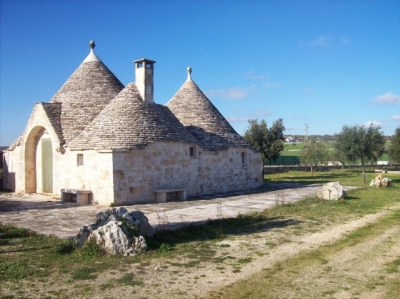 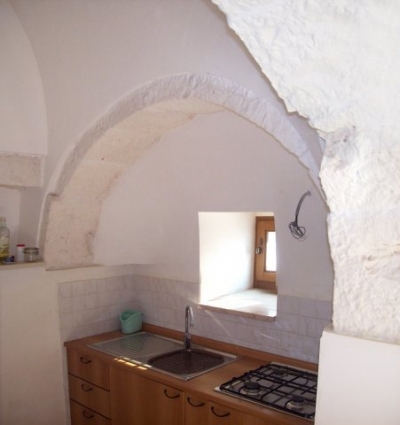 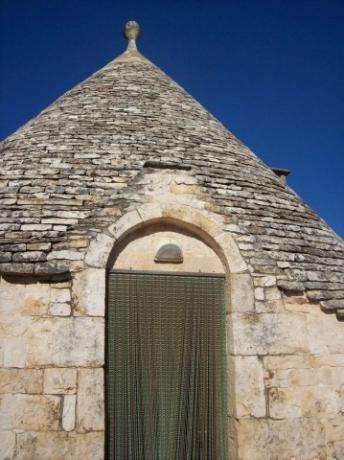 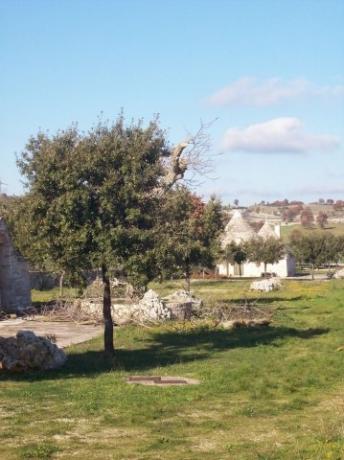 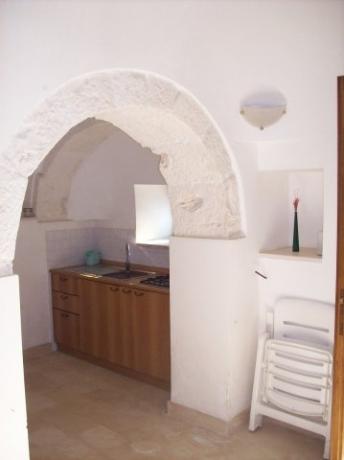 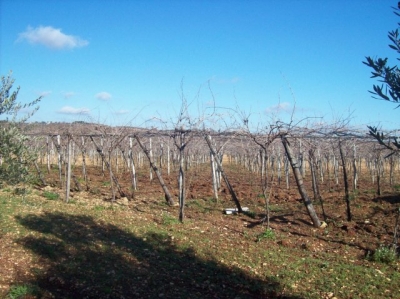 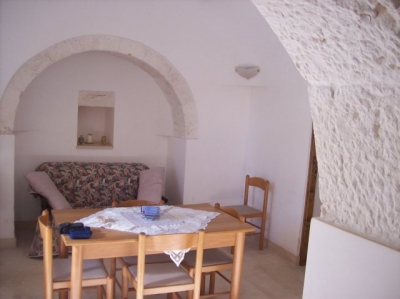 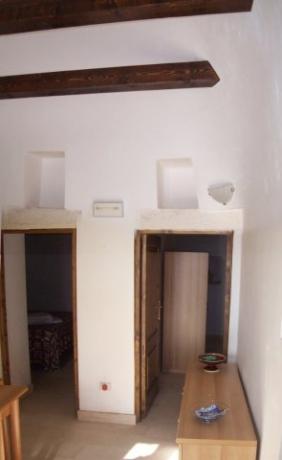 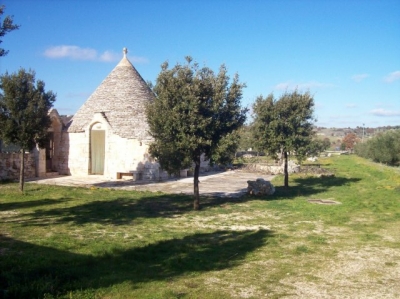 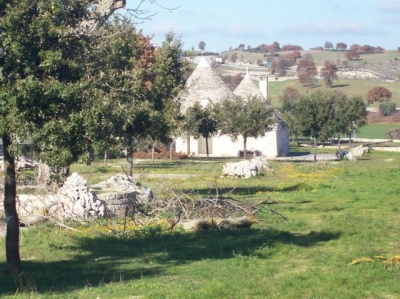 - Holiday in Italy, Where to Stay in Apulia 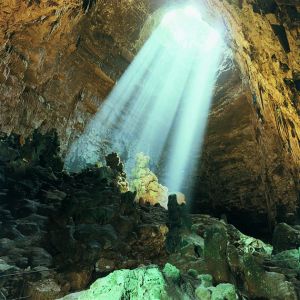 - Stay near the Limestone Caves of Castellana 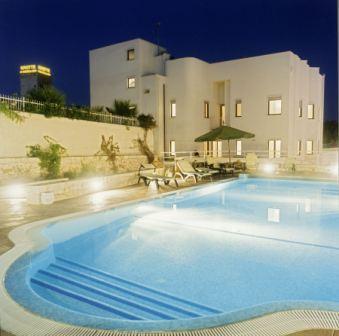 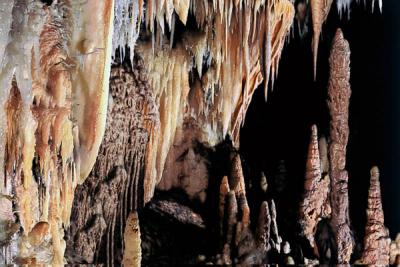 - Visit the Caves of Castellana in Apulia 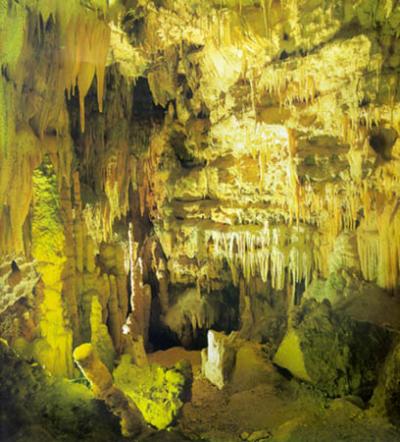 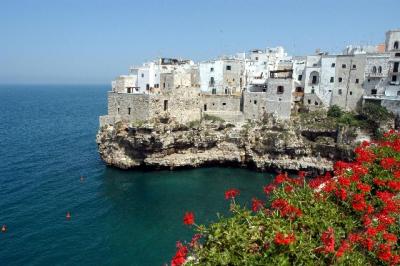 - Stay near the Sea in Ostuni in Apulia 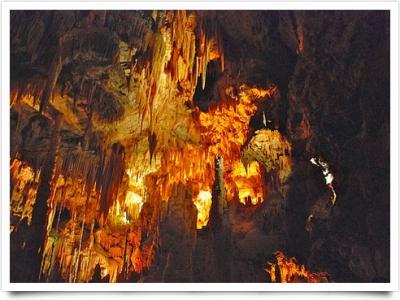 - Accommodation near the Caves of Castellana, Apulia 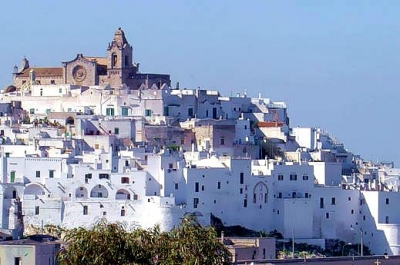 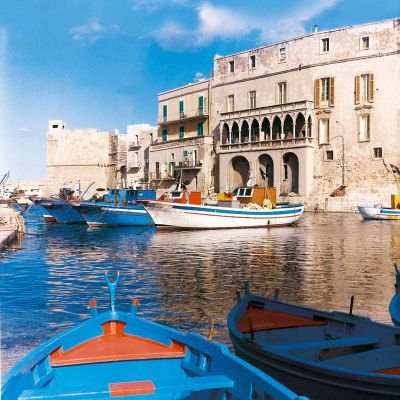 - Hotel and BB near the sea in Ostuni 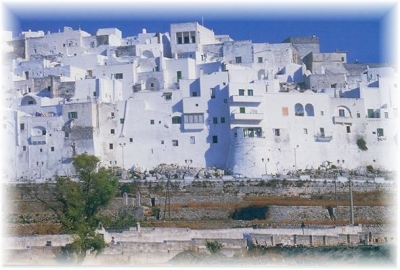 Do you want to come on holiday to the Apulia region of Italy?

With our service "Get The Best Offer" with a single click you can contact dozens of tourist facilities the traditional Masserie hotel, B & Bs, spas, Hostels, Trulli-houses, residences near the cities of Ostuni, Castellana Grotte or Alberobello.

So if you are looking for a hotel or a trulli-house to stay near Ostuni, Alberobello or the caves of Castellana for a seaside vacation or a last minute trip or a wellness-holiday in one of the most beautiful and fascinating regions in Italy...

That way you send your request to all the Trulli rentals, B & B, Hostels, guesthouses etc. with conventions, and then you can choose the best offer!

Puglia the Italian region of wonders with the karstic landscape. Crystal blue sea, green countryside, intense red terrain, golden sunsets.... Ravine, plateaus, and dolines score the surface of a territory heavily characterised by karstic phenomena with its rich natural habitats and the numerous caves, rupestrian villages, and underground churches, wondrous sites that today narrate centuries of the presence of man, from prehistoric times to modern day.

The Trulli
The trulli , limestone dwellings found in the southern region of Puglia, are remarkable examples of drywall (mortarless) construction, a prehistoric building technique still in use in this region. The trulli are made of roughly worked limestone boulders collected from neighbouring fields. Characteristically, they feature pyramidal, domed or conical roofs built up of corbelled limestone slabs.

The Limestone Caves called the Grotta di Castellana lies near the small town Castellana, re-named Castellana-Grotte several years ago. Castellana is a small town with 15,000 inhabitants. A large and deep pothole near Castellana was known for many years. The people told stories about ghosts and monsters inside the mysterious chasm called La Grave (the Deep).

Today the small town Castellana looks like a holiday park. Huge parking lots around the city, Hotels along the way to the cave, restaurants and shops with souvenirs, and finally a small park with the cave. The ticket office looks like a train station with multipe lanes leading criss cross to the ticket office. The reason is the month of August, as 150,000 of the annual 250,000 visitors visit the cave during August. This is the month were all Italians make their holidays, and so the cave visitors are almost 100% Italian. So if you visit this cave, try to do it in any other month. The rest of the year you will not have lanes to wait in, no crowds, and of course there are numerous foreign visitors and cave tours are provided in at last half a dozen languages.
These grottoes were explored for the first time in January 1938. The series of underground karst caves were formed by rainwater which collected at surface level and easily penetrated the crevices in the limestone layer below.

The winding course of these waters cut out caves and tunnels, and formed stalactites and stalagmites in great numbers. The lunar landscape, made up of crystalline columns and jagged points, glows and sparkles.

Its natural sculptures fill up the caves and crevices which wind on for more then 2 km, and include the Nera, Cavernone dei Monumenti and Della Civetta grottoes, the smaller Del Presepe grotto, and the wonderful Grotta Bianca (White Grotto).

The visitors are rewarded with one of the most beautiful sights of all Italian show caves: a showcase of pure white speleothems, stalactites, stalagmites, curtains, calcite crystals, and helictites. All the minerals were formed during long times in undisturbed, limestone rich water. The common speleothems, stalactites and stalagmites were formed first, but later covered by the various crystals. The results are stalactites overcrusted by calcite crystals at the lower end, up to the former level of the cave lake, looking like toilet brushes or water lilies.

For a few years the cave has been heavily polluted by the sewage from the houses built in the area above it. Some studies to limit these effects have been carried out, but up to now, very few countermeasures have been taken. A seismic recording laboratory is operating in a side passage of the cave.

The limestone caves of Castellana are truly spectacular, they are like all limestone caves beautiful with all the stalactites and stalagmites, but it is truly great because the entrance cave has a big hole in the ”roof” that allows the daylight to enter. The rays of sunlight in this huge cave make it like standing in a church, with the glimmering in the church windows.

Alberobello
On two hills, divided by an ancient river bed, is Alberobello. On the eastern hill is the new part of the city with modern architectural features; on the top, to west, the trulli-buildings, in an urban area divided into two districts: Monti and Aia Piccola, both National Monuments and December 1996 recognized by UNESCO as World Heritage.

Alberobello, the city of drystone dwellings known as trulli , is an exceptional example of vernacular architecture. It is one of the best preserved and most homogeneous urban areas of this type in Europe. Its special features, and the fact that the buildings are still occupied, make it unique. It also represents a remarkable survival of prehistoric building techniques.

The agrarian landscape is characterized by a dense vegetation of almond and olive trees which thrive in a karst terrain. From calcareous stratified rocks comes the material used for the construction of the trulli.

Trullo shaped church with a façade of three wings adorned with a rose window and two round windows. The roof of the church is cone shaped and measures 19.80 metres high, and the bell tower is surmounted by a small dome.

The history of this unusual town dates back to the second half of the sixteenth century, when small parts of land under the rule of Acquaviva, the Counts of Conversano, was populated by the peasants that made the "wilderness" (so called) fertile. The got the authorizaition to build houses on the condition that they were dry-built, without cement or other binding matereal, so that the houses could be easely diruted in case of an inspection, since the birth of a conurbation demanded payment of tribute and high taxes. It was not until the year 1797 when a courageous group of Alberobello-citizens, tired of the precarious condition,  went to Taranto to ask for help to King Ferdinand IV of Bourbon and recieved the permission to build "proper" houses.

On 27 May 1797 the King issued the decree with which the little village became free.

Ostuni
Ostuni is one of the most stunning cities in southern Italy famous for the dazzling effect of its whitewashed houses. It is a genuine and charming example of Mediterranean architecture.

The city of Ostuni is a series of levels, staircases, small roads, alleys, arches. Hints of the Middle Ages are at hand in every corner, in every view to the sea, in the portal of a palace, in the walls of a convent or the front of a church.

The brightness of its whitewashed houses, set against the pink-tinged brown of its principal monument, makes the town stand out in the green of the surrounding area.

Is this happy combination of the natural and the manmade that has made Ostuni one of the most attractive cities in the region and an essential part of any tour of Italy.