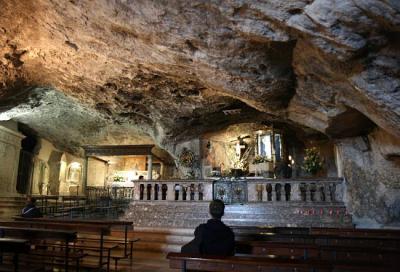 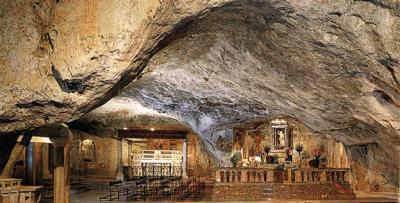 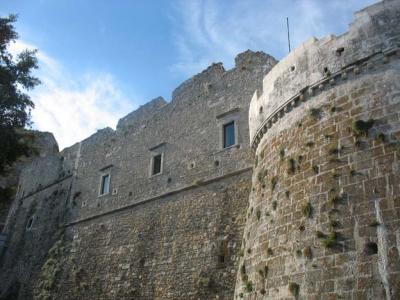 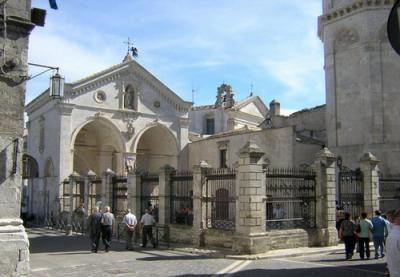 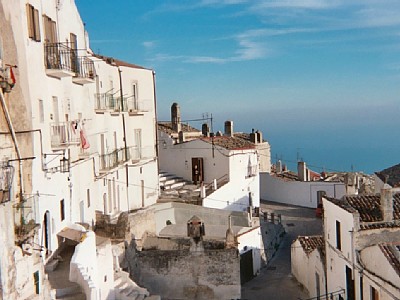 - Hotel and BB with Seaview in Apulia 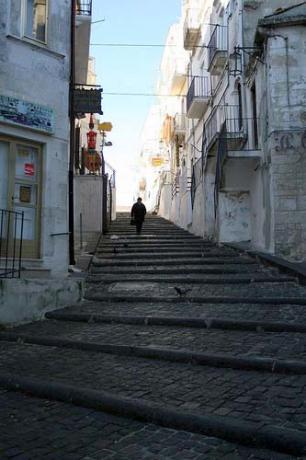 - BB in the Center of Monte Sant´Angelo, Italy 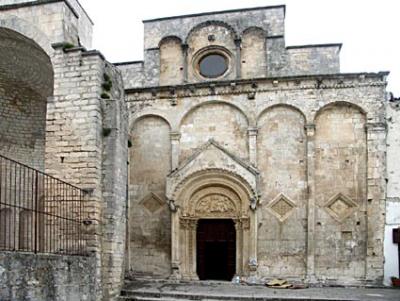 - Holiday in Apulia, Where to stay 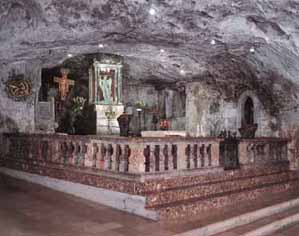 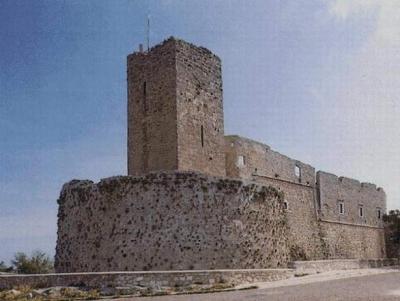 - Stay near the Mainsights of Apulia, Low Prices 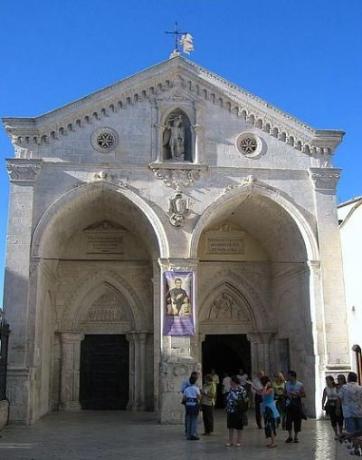 - Hotel near the Sanctuaries of Saint Michael 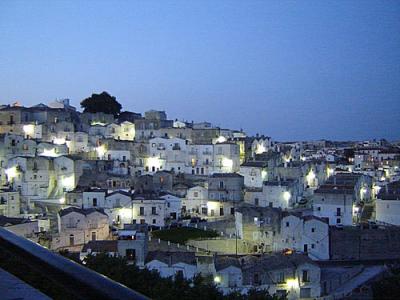 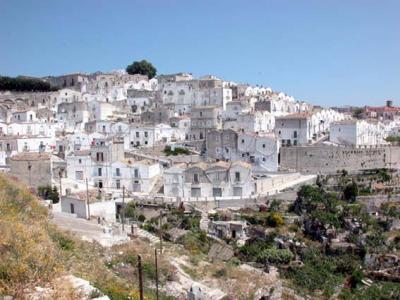 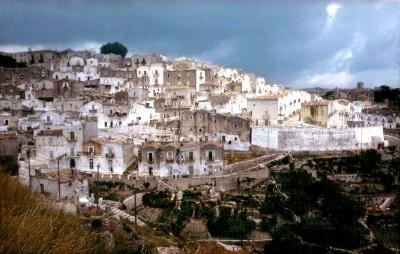 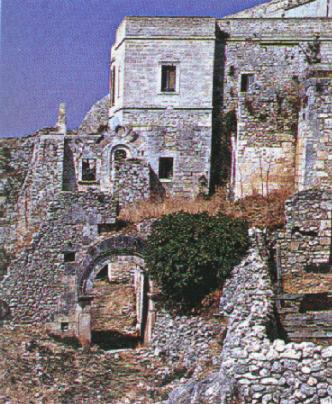 - Holiday Apartments and Rooms for Rent in Apulia 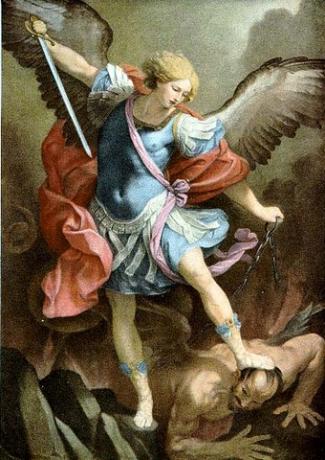 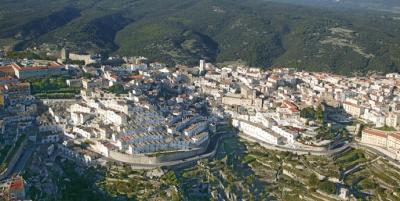 Do you want to come on holiday to Monte Sant´Angelo and visit the Sanctuaries of Sanit Michael in Apulia?

With our service "Get The Best Offer" with a single click you can contact dozens of tourist facilities hotel, B & Bs, spas, Hostels, wellness-centers, residences near Monte Sant´Angelo.

So if you are looking for a hotel to stay in the area of the Sanctuaries and the Cahedral of Saint Michael in the province of Foggia, for a summer vacation or a last minute trip or a wellness-holiday in one of the most beautiful and fascinating locations and in Italy...

Monte Sant'Angelo is a town and comune of Apulia, southern Italy, in the province of Foggia, about 15 km north of Manfredonia by road and 4 km west of Mattinata, on the southern slopes of Monte Gargano.

Monte Sant’Angelo is located on the east coast of south-central Italy (the "spur" of the boot). The exterior is fairly unassuming, marked by an octagonal 13th-century campanile and a white facade with two portals and on one side overlooks Tavoliere and on the other, the Gulf of Manfredonia. The spur hosting the town is also home to the altar of the Archangel St. Micheal, which is located inside a limestone cave.
The history of the town revolves around the construction of a church dedicated to the Archangel Michael who appeared to some locals on the eve of a battle against the Barbarians, which the locals subsequently won.

Monte Sant'Angelo as a town appeared only in the eleventh century. Between 1081 and 1103, Monte Sant'Angelo was the capital of a large Norman dominion under the control of Count Henry, who was a vassal of the Byzantine Empire. The grotto which houses the Sanctuary of Saint Michael the Archangel where according to legend, St. Michael appeared in 490, 492 and 493, has been the site of many famous pilgrimages, which started from Mont Saint Michel. Pope John Paul II visited the sanctuary in 1987.

In the 17th century the city became part of the Kingdom of Naples, to which it belonged until the unification of Italy in the 19th century.

The Sanctuary of St. Michael the Archangel (Santuario di San Michele Arcangelo) is a sacred cave and popular Catholic shrine near San Giovanni Rotundo. Here the Archangel Michael is said to have appeared in 490, 492 and 1656 and consecrated the shrine himself.

But from the small courtyard on the right, a flight of stone steps leads down into the atmospheric church incorporating the cave in which St. Michael appeared. The main church and the areas that lead to it are decorated with remains of medieval frescoes and sculptures.

Near the Sanctuary of St. Michael are the ruins of the Chiesa di San Pietro (sadly closed for renovations when we visited in April 2008), behind which is the interesting Tomba di Rotari, an imposing domed tower. The Tomba is traditionally believed to be the tomb of Rothari, a 7th-century Lombard chieftain who converted to Christianity, but it is probably a 12th-century baptistery. There is a large baptismal font on the right as you enter the tower, and a rose window featuring entwined mermaids.

St. Michael the Archangel first appeared at Monte Sant'Angelo in 490. According to tradition, it all started when a local nobleman named Elvio Emmanuele lost the best bull of his herd. After much searching, he found it kneeling in a cave. Unable to approach it, Elvio shot the bull with an arrow, but the arrow turned around and struck the man instead.

Bewildered (and presumably bleeding), Elvio went to see his bishop, who ordered three days of prayer and fasting. At the end of the three days, St. Michael the Archangel appeared to the bishop and said:

I am Michael the Archangel and am always in the presence of God. I chose the cave that is sacred to me. There will be no more shedding of bull's blood. Where the rocks open widely, the sins of men may be pardoned. What is asked here in prayer will be granted. Therefore, go up to the mountain cave and dedicate it to the Christian God!
(It is perhaps notable that the central ritual of the Roman cult of Mithraism is the shedding of bull's blood in caves.) The bishop, however, began to worry about his own sanity and dismissed the vision. Two years later, the Christian city of Siponto, part of the bishop's diocese, came under attack by the pagan city of Odoacre. Again St. Michael appeared to the bishop, this time promising to save the city of Siponto. Immediately, a violent storm engulfed Odoacre, saving the Christian city. In thanksgiving, the bishop led a procession to the top of the mountain but did not dare to enter the cave.

Soon, Michael appeared to the bishop a third time, ordering him to enter the cave. He said:

It is not necessary that you dedicate this church that I have consecrated with my presence. Enter and pray with my assistance and celebrate the Sacrifice. I will show you how I have consecrated this place.
The bishop then entered the grotto, where he found an altar covered with a red cloth, a crystal cross, and a footprint on the ground. The bishop thereupon commissioned a chapel to built at the entrance to the cave and did not consecrate it because Michael had already done so. The church came to be known as the Celestial Basilica.

St. Michael made another appearance here in 1656 during a great plague. The local bishop invoked St. Michael for protection, and the archangel appeared to him. The plague then ceased, and the mountain shrine became more popular than ever.

Starting from the early Middle Ages, there were numberless pilgrims who went to visit St. Michael's cave and left indelible traces of their passage on the stones and rocks making up the shrine. There are actually symbols, prayers, messages, signs or just names (of Greek, Latin, Semitic, Saxon and German origin, bearing testimony to the heterogeneous features of the pilgrims flocking to this place) inscribed all over the place; they date back to different periods, which shows the unrelenting devotion paid to the shrine uninterruptedly - a feature that is almost unequalled in the Christian world.

The town of Monte Sant'Angelo itself shows remarkable features as to both its urban structure and the historical and artistic sights. The town can be regarded as one of the most interesting examples in Apulia of a "settlement" perched on the crest of a hill; its buildings follow the level curves of the mountain without affecting the integrity of the landscape, whilst defence requirements could be met by building a castle on the topmost part of the town.