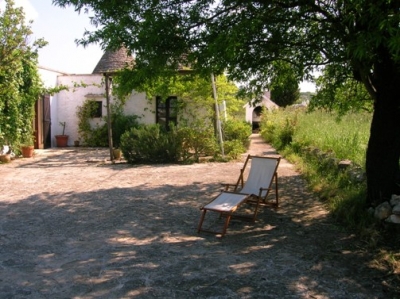 - Rent your own Trulli or Apartment in Puglia 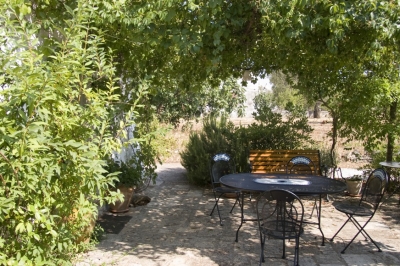 - Hotels and Trulli-houses with private garden 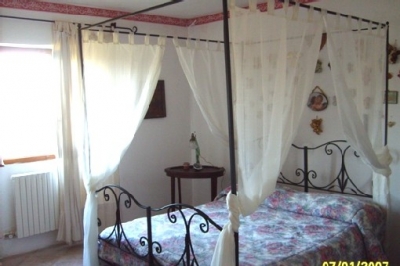 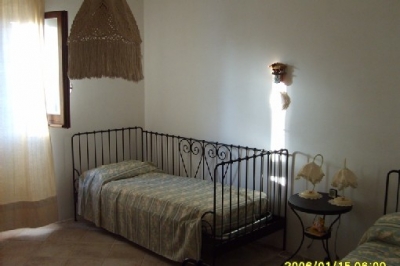 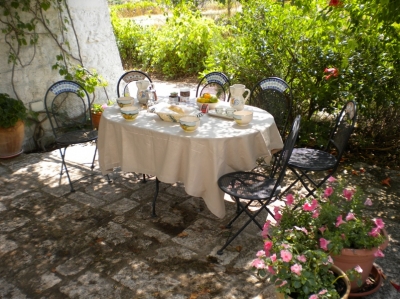 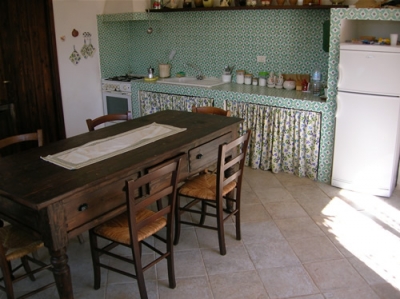 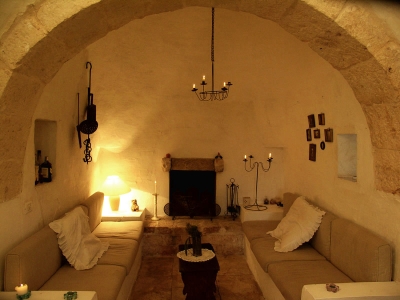 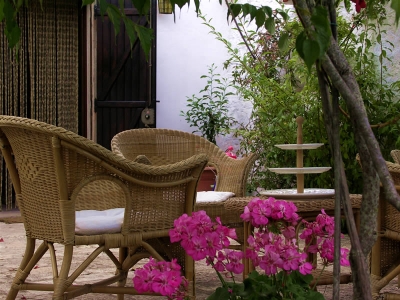 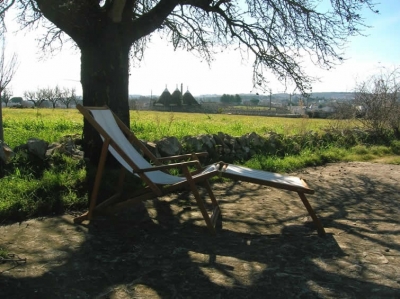 - Last Minute Accommodations for your holiday in Italy 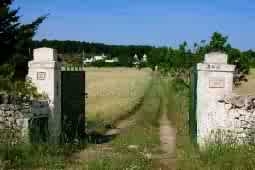 - Houses, Apartments and Trulli for Rent in Puglia 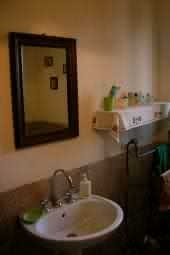 - Last Minute Holiday in Italy; Where to stay 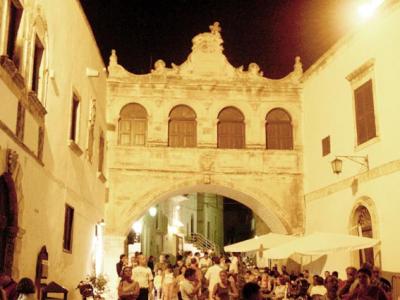 - Holiday in Italy, Where to stay in Puglia 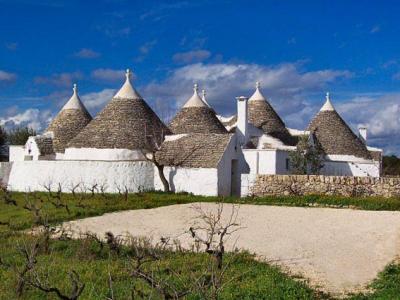 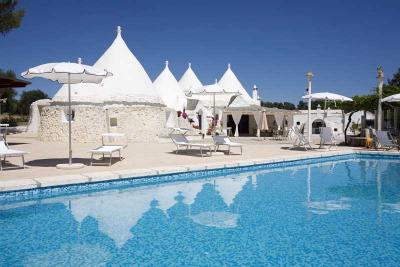 - Renovated Trulli Houses with all Comforts 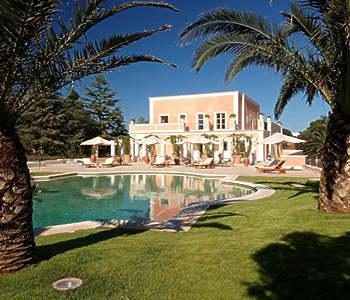 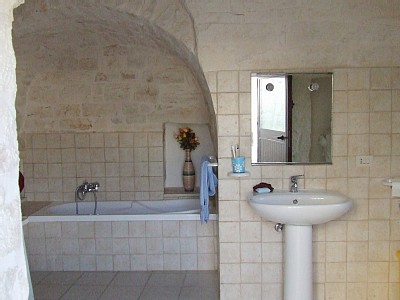 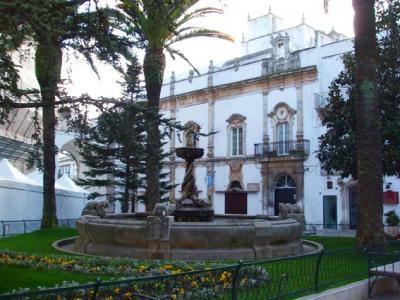 - Accomnmodations of all Categories in Puglia 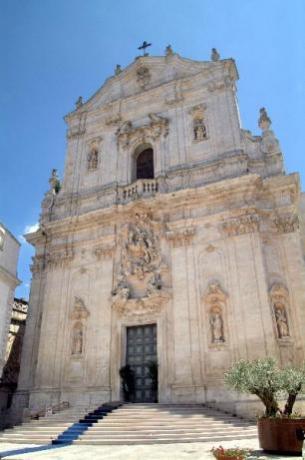 - Hotel near the Cathedral of Martina Franca 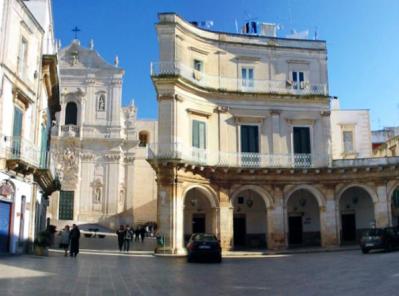 - Inexpensive Hotels in the Center of Martina Franca 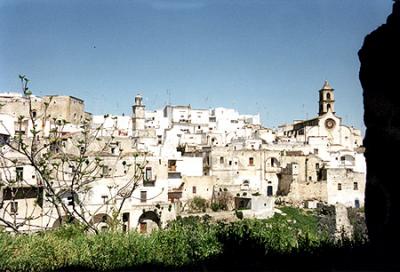 - Choose Between Hotels, B&Bs and Trulli-houses in Puglia 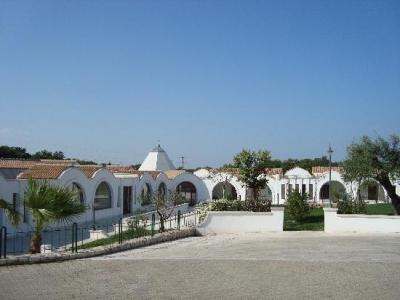 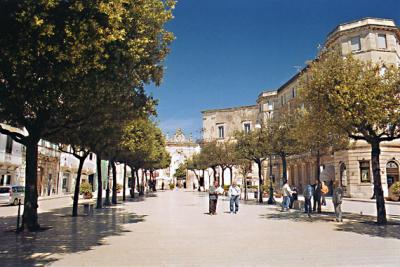 - Find Accommodations in The Center of Martina Franca 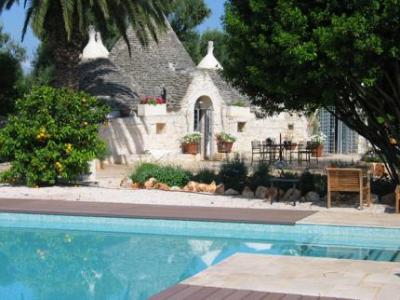 - Holiday Trulli-houses with Swimmingpool in Puglia

Do you want to come on holiday to Martina Franca and Alberobello to see and stay in the famous traditional TRULLI-houses in Puglia?

With our service "Get the best deal" you can, with a single click, contact dozens of conventioned tourist-facilities near the TRULLI-buildings in ALBEROBELLO and MARTINA FRANCA and rent a Trulli holiday house of your own!!!

So if you are looking for a Trulli holidayhouse, a B&B or a Hotel to stay in Puglia  for a truly relaxing vacation in one of yhe most beautiful and famous places in Italy...
"Fill ot the form below!!!"

That way you send your request to all the conventioned Hotels, Trulli-rentals, B&B, Pensions and  Agritourisms and than you can choose the best offer!

Situated in the sublime Valle d'Itria on the top of a hill at nearly 1,500 feet above sea level on the Murgia is the exquisite town of Martina Franca, with its famous historical centre.

With the population of under 50,000 people residing in the typical, modern

Italian apartment blocks sprawling for miles in all directions it really is a complete contrast to enter the old town with some truly elegant baroque buildings, narrow lanes, mansions and churches.

Martina Franca has an affluent appearance, with shops and businesses seemingly down every road, from the inevitable local butchers and bakers through to smart fashion boutiques, plus the industrial area has a good selection of upmarket furniture stores and other warehouses catering to the local populace.

The new town is fairly typical of many towns in Puglia, with wide roads choked with traffic, but once you step through one of the gateways into the old quarter, you enter a different world, as if transported back centuries.

Narrow streets open out into small and large squares with restricted access for cars, assuring you a pleasant visit.

Located approximately 50 miles, 80 minutes drive south of Bari and a similar distance from Brindisi it is within a comfortable drive for most visitors and tourists to Puglia (apulia) Italy. Parking can be a problem, most of the roads around the centre are marked out with blue lines or bays indicating pay zones so don't forget some change for the machines.Martina Franca Italy - Martina Franca in Puglia (Apulia) Italy. Discover the attractions of Martina Franca, Valle d'Itria, including the beautiful baroque centre, accommodation, tours, photos, trulli and all that it has to offer visitors.

The annual Valle d'Itria Festival is an opera and classical music event held in Martina Franca, right in the middle of the Apulian region. Critics, scholars and many globetrotting music lovers attend the festival at Palazzo Ducale and other venues.

The programme features operas, concerts, talks and workshops related to classical music and there's also a space dedicated to film.

Trulli are unique to Puglia and these mysterious buildings, with their thick limestone walls and graceful conical roofs, originate from many hundreds of years ago.

Roughly circular in shape, they are normally built from solid limestone blocks. Whilst the modern builder uses 'Calcio', a limestone mortar, to seal the spaces between the rocks, in olden times Trulli would have been built, 'a seco', or 'dry', meaning that no mortar was used. The thick walls helped to keep the Trullo cool during the very hot summers and warm during the cool, damp winters.The roofs consist of steeply angled cones, made up of ever-smaller limestone blocks.

This avoids the need for large blocks of stone or thick beams of wood to support roofs or tiles, neither of which a peasant farmer could have afforded to buy and, in any case, wood may well have been in short supply.Covering the cone, a final layer of flat, angled stones allow rain water to flow away from the building, much like tiles do on normal roofs. Ingenious channels within roofs and walls allow rainwater to be collected into 'Cisterne', underground water tanks, in order to top up drinking water or to irrigate fields during the summer.

At the very top sits the 'Pinaccolo', or Pinnacle, which arches gracefully upwards to cap the cone and normally cradles a 10-inch or so ball of stone, although this can also include other shapes. It is said that this harks back to the ancient pagan practice of sun worshipping, with the ball representing the sun. Strange symbols, some Christian, others pagan, can often be seen painted on the roofs, adding to the mystique of these curious buildings.

THE CITY OF ALBEROBELLO
On two hills, divided by an ancient river bed, is Alberobello. On the eastern hill is the new part of the city with modern architectural features; on the top, to west, the trulli-buildings, in an urban area divided into two districts: Monti and Aia Piccola, both National Monuments and December 1996 recognized by UNESCO as World Heritage.

The agrarian landscape is characterized by a dense vegetation of almond and olive trees which thrive in a karst terrain. From calcareous stratified rocks comes the material used for the construction of the trulli.

The history of this unusual town dates back to the second half of the sixteenth century, when small parts of land under the rule of Acquaviva, the Counts of Conversano, was populated by the peasants that made the "wilderness" (so called) fertile.  The got the authorizaition to build houses on the condition that they were dry-built, without cement or other binding matereal, so that the houses could be easely diruted in case of an inspection, since the birth of a conurbation demanded payment of tribute and high taxes. It was not until the year 1797 when a courageous group of Alberobello-citizens, tired of the precarious condition,  went to Taranto to ask for help to King Ferdinand IV of Bourbon and recieved the permission to build "proper" houses.

On 27 May 1797 the King issued the decree with which the little village became free.

The trullo-houses are made out of stones laid in many "sheets" and layers, and on the top they create the tipical cone-formed roof. These are truly unic buildings and are admired every year by tourists and visitors from all around the world.

The rental Trulli-houses have been completely restored and are complete with every comfort so that YOU and your family and your friends can spend a magnificent holiday here in Puglia!